Georgia, Charlie and Alice each arrive at Harvard with hopeful visions of what the future will hold. But when, just before graduation, a classmate is found murdered on campus, they find themselves facing a cruel and unanticipated new reality. Moreover, a charismatic professor who has loomed large in their lives is suspected of the crime. Though his guilt or innocence remains uncertain, the unsettling questions raised by the case force the three friends to take a deeper look at their tangled relationship. Their bond has been defined by the secrets they’ve kept from one another—Charlie’s love and Alice’s envy, Georgia’s mysterious affair—and over the course of the next decade, as they grapple with the challenges of adulthood and witness the unraveling of a teacher's once-charmed life, they must reckon with their own deceits and shortcomings, each desperately in search of answers and the chance to be forgiven.

A relentless, incisive, and keenly intelligent novel about promise, disappointment, and the often tenuous bonds of friendship, Bradstreet Gate is the auspicious debut of a tremendously talented new writer.


My Review
This is a difficult book to review. I liked the book better the day after finishing it, as it gave me more time to process the ending, if that makes any sense?!

I found myself doing the Tevye monologue from Fiddler on the Roof: "on the one hand..." "But on the other hand..."

So I'm going to do a pro's and con's review, but you should read it in Tevye's voice.

The Characters
On the one hand: I was immediately struck by Robin Kirman’s talent for character description, and loved being able to guess at their inner thoughts merely through a self-conscious motion, or a child-like movement, and how the other character reacted to that action. And this just from the prologue!

On the other hand: We are given the three main characters (Georgia, Alice and Charlie’s) backstories in great detail for the first part of the novel. Very great detail. To the point where character exposition is the focus, with the plot taking the backseat.

On the other hand: The reason I wasn’t a big fan of The Secret History is that I found the characters to be unlikable and unsympathetic… From the prologue I thought I would be taken in by Georgia’s backstory, but College Georgia had a certain “way she liked to see herself: as a woman of sufficient maturity and merit to attract an accomplished older man” [28].
You could write a report on the psychological implications that this story has on each of the main characters, mainly because Kirman gives you SO MUCH backstory. You drown in backstory. And that’s the largest flaw, I think. Some of the information could have been drawn out through plot and/or dialogue, and maybe more could have been inferred. Instead you are hit over the head with how much Charlie could never gain the respect of his father, for instance, or how Georgia had daddy-issues from her super-gross father, etc.

The Plot
On the one hand: The plot seems to centre around Professor Rufus Storrow, but what I don’t understand is WHY?! He’s no Gilderoy Lockhart (Harry Potter, hay-ay!), meaning he’s not loved by everyone, not even by Georgia! To Charlie he could maybe be a “proper” father-figure, or an older brother to look up to… AND judging by Storrow’s off-hand remarks during his lecture that had Julie Patel in an uproar, he sounded like a bit of a "d-bag." Not to mention he was a super-creepy-stalker-weirdo.

On the other hand: There is no other hand! (Fiddler on the Roof! Hay-ay!)


The Ending (possible spoiler)
On the one hand: this is not a Jessica Fletcher* mystery where everything is tied up in a bow at the end of the story. And sometimes I enjoy an ambiguous ending, which I guess is a spoiler of sorts.

On the other hand: Initially I was quite angry with the ending. Very angry. Soooo angry! This is where the “take a step back and don’t write a review angry” came in. I slept on it. I mulled over certain elements. And 24 hours later I felt better about the ending.

ON THE OTHER HAND: There are too many loose ends. With a good mystery, there’s always a twist or a surprise. But then answers are also revealed. I feel like there were too may questions left unanswered, and not in a “let’s-debate-what-happened” kinda way, in a “No, SERIOUSLY, WHAT HAPPENED” kinda way.

For a first book, it’s really good. If Kirman can tease out the information from her amazing characters, rather than making the novel a character exposé, I think she could write an amazingly epic novel.

--I received this book from the Blogging for Books program in exchange for this honest review.--

ROBIN KIRMAN earned a BA in philosophy from Yale College and an MFA in fiction from Columbia University, where she served as a writing instructor in the English department. Robin lives in New York City and Tel Aviv.

Alice
That afternoon, she’d looked across at Storrow, at his proud, immaculate features and depthless gaze, and felt as if this man was every man she’d ever hated. He was Torsten; he was Vasily; he was every brutal narcissist who lived to impress his distortions of reality upon weaker souls – which Storrow had, misguidedly, taken her to be.

For those of you who don't know who Linda Evangelista was (Alice's hair was styled like hers), or could only think of one red-headed actor for Storrow (Damian Lewis*, of course!), I'm throwing in some casting from the '90's to help. 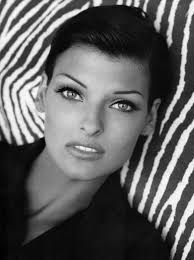 Charlie (Duckie from Pretty in Pink 1986) 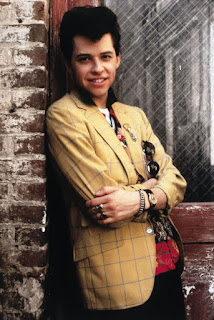 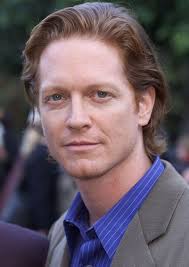 *And, for those of you that have been living under a rock: 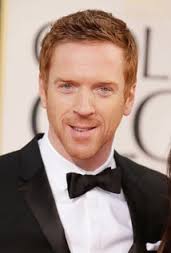 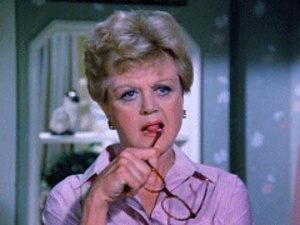